This Story is About 39% True

PDF Board Decks And Why Sometimes Being Old School Isn't Cool 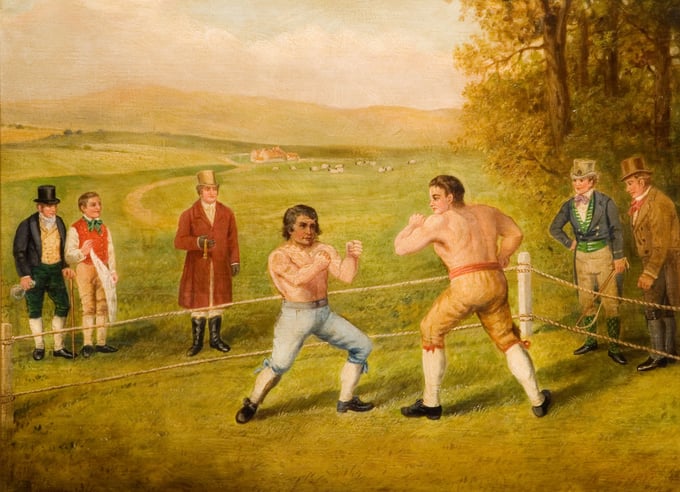 We had an interesting request yesterday.

The CEO of a pretty awesome company, let’s call her Leslie…mostly because that’s her name, asked us if we could remove the option to export her Zecks to a PDF.  Definitely a first and something we hadn’t considered.

Since day one we’ve given everyone the ability, with a click of a button, to export their Zecks to a PDF.  The idea is that if anyone refuses to embrace a more modern and interactive approach, we can let ‘em go old school PDF.  It’s like still using a rotary phone because you don’t like pressing buttons.

Something in my head: That button comment wasn’t very nice.
Me: I know but I think it’s okay. I’m going with it.

Something in my head: I know it's only Wednesday but do you think garbage day is still on Monday with the holiday happening?
Me: Good question. I’ll check the city’s site to see if there’s an update.

Back to it…Leslie has five board members and she’s using Zeck for board meetings and investor updates.  She’s also using Zeck for internal quarterly business reviews and her monthly All Hands meetings but those aren’t super relevant so I’ll probably delete this sentence.

Four of Leslie’s board members are deep into Zeck and seem to love it.  They’re using the Commenting tool like mad, clicking through to attachments and links and seem to be getting endless value from the way Leslie is able to surface the information that they’ll care about most.

But, her fifth board member, who is printing to PDF, doesn't get to take advantage of any of it.  And, apparently, he’s super smart so it’s a real miss for Leslie and her company.  It’s like being the best kickball player at recess and deciding to stop playing because the ball that was purchased in 1953 was replaced with a brand new kickball.

Something in my head: I wonder if anything particularly interesting happened in ‘1953.
Me: Good question.  I’ll check.

Me: Salk announced his polio vaccine.  Norgay and Hillary climbed Everest.  The worst kickballs ever were produced. Guaranteed to last no more than 68 or 69 years.

Back to it…Leslie really sees no reason why board member 5 can’t dig into Zeck.  Here’s a made up quote from Leslie…

“He doesn’t need an account or a password to get into our Zecks and the reading experience is about a thousand times better than our old PowerPoints.  In fact, it's pretty much the same as reading the best news site and he reads the news online all day long.”

So, do we remove the Export to PDF option from the Zeck platform to force board member 5 to actually use Zeck?  Is it our call or Leslie’s call?  Is it fine to have candy canes year round?

We spent about seven minutes discussing the options and came to an entirely different conclusion.  Let’s reach out to board member 5. Leslie was psyched to connect us.

Board member 5 was awesome.  We got on a screenshare and it took him less than 5 seconds to realize the upside of navigating a board site instead of printing a PDF.  He had never even tried to dig into Zeck previously and printed to a PDF out of habit.  He made the switch and loved it.  1). They’re predicting he’s going to be our greatest advocate ever.  2). He probably can’t stand PDFs anymore. 3). Turns out he still plays kickball but isn’t that good at it.

Something in my head: I wonder if I should go back and list everything in this post that’s true versus just added for effect.
Me:  That would be a complete waste considering the chance anyone is actually reading this is close to zero.

Save the Bulls. Honor Maximus. He Won the Battle.

Actually Engage Your Board of Directors - Don't Just Update Them.

11 Things You Can Do to Improve Your Next Board Meeting.

Solving Your Board Members' 'Attachment Problem'